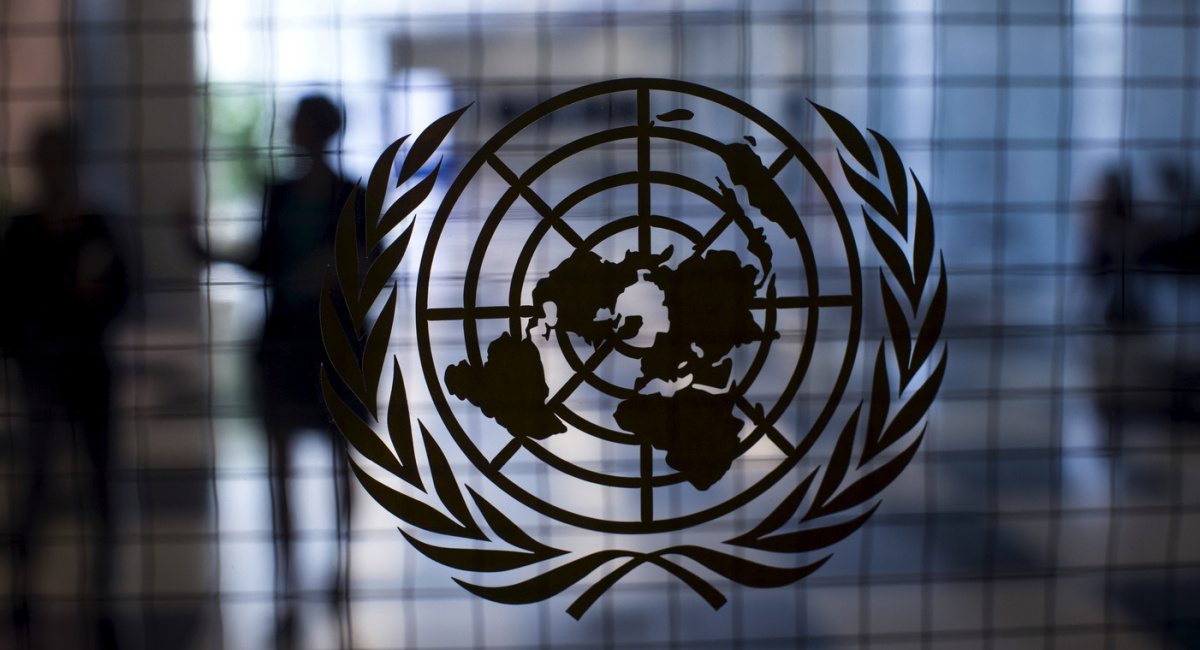 Earlier this week, the Institute for Security Studies (ISS) loaded Version 4 of its proposals for the reform of the United Nations Security Council (UNSC) to the Elect the Council website.

The key change from the previous version of Elect the Council is the introduction of a third category of seats on a future UNSC.

These are for countries that meet three criteria in terms proportion of global population (3%), economy (6%) and defence expenditure (6%) – and is intended to ensure that the two or three global powers of the 21st century (the USA, China and eventually India) are included in a reformed UNSC. The proposal also allows for a regional group that is prepared to act as one (such as the European Union) to qualify for such membership based on common foreign and security policy, and provided that they forgo individual membership of the Council.

In the long term, the world is becoming more sharply divided between the USA, China and, in future, India; a lower second tier of middle and regional powers (such as Japan, Brazil, Indonesia, Russia, Germany, the UK and others) and the rest.

These divisions between global powers and all other countries are evident regardless of how their power is measured; whether the size of the economy, technological development, military expenditure, or any combination of measures of material power.

Looking to the future, the relative economic size of the USA, China and India is impressive. Using the International Futures forecasting system, we expect that they will increase their collective percentage of the global economy from around 37% today to 54% by 2060. Their share of global defence expenditure will stay constant at around 70% throughout.

In addition, a significant population size is an important baseline criterion for any country aspiring to be recognised as a global power. These three global powers currently represent around 41% of the world’s population. By 2045 they will expectedly represent 37%, and 35% by 2060.

Only the European Union with its 28 countries, or a similarly large group, could match these three countries in the global power stakes. 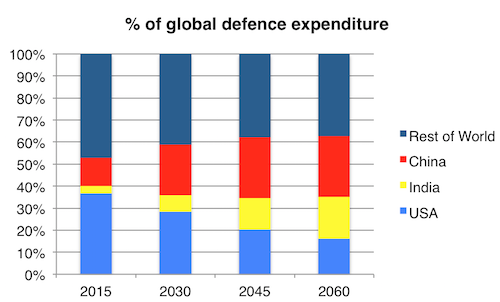 The arrangement to allow global powers that meet minimum criteria to automatically qualify for a seat in the UNSC will kick in after a 15-year transition period, during which the current permanent five members of the UNSC remain on the Council with enhanced voting powers, but without a veto. Thus we see the USA, China, Russia, the UK and France remaining members of the UNSC for this transition period after an enabling resolution at the UN General Assembly (UNGA) and associated national legislation allow for reform of the UN Charter.

The introduction of a category for global powers is not a new type of permanent seat. Countries qualify only if they meet all three minimum criteria (thus no permanency) and they have no veto. They will also not belong to any of the regions that will nominate UNSC candidate countries for election in the General Assembly.

The other 24 members of the Council will be nominated by the five voting regions that currently elect the non-permanent seats on the UNSC for election within the UNGA. This will be done on a strictly proportional basis, with each voting region getting one five-year and two three-year slots for every 22 members (rounded off) within its grouping.

Thus eight of the 24 members will be elected for five-year terms (and may be immediately re-elected), and 16 seats elected for non-renewable three-year terms. In this manner, regional powers can be (re)elected to the UNSC in the five-year slot(s) and the three-year slot is retained for ‘other’ countries that meet the minimum criteria (or floor criteria) for serving on the UNSC.

Minimum criteria would ensure that the UNSC is composed of countries with the required diplomatic and security capacity to contribute meaningfully to global peace and security matters. These criteria relate to experience; financial good standing with the UN; willingness to shoulder additional financial contributions to international peace and security; and respect for open, inclusive and accountable governance, the rule of law and international human rights standards.

Since the various voting regions may apply and interpret these standards quite differently, the application of the minimum criteria will be left to each region, which will forward their recommendations to the UNGA for election – as is currently the practice.

Based on these proposals, the UNSC will be freed from its current legitimacy constraints

In addition, Version 4 of the Elect the Council proposals provide for a mandatory review of the UNSC after 30 years and a 15-year time-out on up to five intractable issues (to be decided by the last UNSC under the current UN Charter). During the 15 years, these issues may not be subject to a Chapter VII resolution by the UNSC. In this manner, highly contentious issues such as Kashmir or even Palestine can be removed from the mandate of the UNSC for a set period. We believe this to be a requirement to unblock the impasse from key countries such as India and the USA to move forward.

Version 4 is, in many ways, a more mature set of proposals. It responds to the challenge of UNSC reform in our hot, flat and crowded world, which is at once more interconnected but also more brittle and less multilateral.

Despite the production of a new ‘negotiation text’ in 2015, the intergovernmental negotiations in New York is utterly stuck. Elect the Council will shortly start with an outreach campaign, during which we hope to gain the support and endorsement of a final version of our proposals.

There is, of course, no single set of proposals that could satisfy all. Civil society and academia are as divided on this matter as governments, but have greater capacity for flexibility. Elect the Council has, through its consultations and engagements, sought to craft a set of practical proposals, which seeks to normalise the composition and working of the UNSC over time.

Based on these proposals the world will, 15 years after agreement, have moved to a legitimate and effective UNSC, better suited to respond to truly global challenges and freed from its current constraints.

About Elect The Council

Elect The Council is an international campaign for the reform of the United Nations Security Council (UNSC).